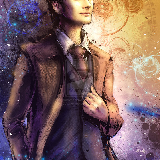 I  recently downloaded the dalek mod after buying Minecraft but I quickly I noticed a few problems.

1.Are the Mondasion Cybermen not supposed to attack you when you approach them? When I do they just look at me and chant a few words but don't attack.

2. There are almost no Daleks in my game. Since I started playing there has only been one Dalek in my whole game which was located in a Village. I even went to Skaro in creative mode on another world and there aren't ANY Daleks whatsoever. Though, there is a large supply of sheep which is what I think is the probably so my idea was to change the spawn rate of the Daleks but I can't figure out how nor can I figure out how to change the spawn rate of Vanilla mobs.

Really? Thought they did, either way there still isn't any in the overworld.