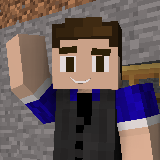 Description: A small,round,metallic device about the size of a clock

Lore/Brief Background:Seen in the episode "Hellbent" the confession dial is a device that is bigger on the inside that lets a time-lord face death peacefully (Most of the time)

How does the player obtain it:By crafting it or Looting it off a time-lord from gallifrey

Why should this be implemented: it would add just another level of role-play and adventure into the mod

Any other information: The CD is a small pocket dimension only accessible the moments before a time-lords actual death,

the requirements to be able to use a CD should be something along the lines of: A player must have used 12+ regenerations in a single life.

Their accumulated time alive without dying completely should be 5+ hours.The CD can be turned on or off via river song's Diary but default mode is off. but most importantly this cannot be used more then once in the same life to avoid a balance issue.

Name of Dimension: Confession Dial of (Name of Player)

Description of Dimension:A small pocket dimension only accessible by the time-lord and the only exit is either death or completing puzzles

Landscape: Alternating and random every time it is used but the dimension itself  shouldn't be bigger than the average biome in the over world

Hazards (if any):Each time the confession dial is used the player is teleport-ed to a to a randomized dimension filled with traps and puzzles that if completed will allow the player to escape. 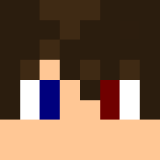 What if they just use /suicide?

What if they just use /suicide?