DMU ban. Oscarspud. Did not give a reason. 2 days but a little less now. i want to apologise to the admin and i really enjoyed the gameplay and promis 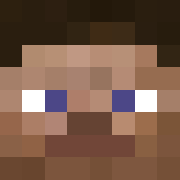 Banr eason: did not give on at all on the ban thing when i try to log back in

ban appeal: ok so yes i was rude to a admin ,but the part about me stealing items and that me and the guy i did it from we were messing about we are friends in the real away ok and i want to apologise to the admin and it was my first and when i get tired i get really annoying. anyways once again sorry for all of this hope it can be sorted out 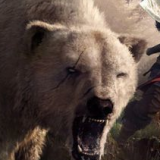 You didn't had to make a whole new thread. Also you didn't correctly follow the format:

oscarspud did not give a reason.. 2 days but its less now since it will be one day in a few hours. because when i get tired i act weird and am very sorry and before the incident was enjoying my self and want to apologise to the admin 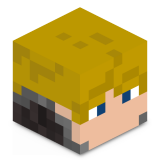 I am the member of staff that banned you, Cy. Whilst I had my suspicions from your usernames that you were friends, I still dictated to enforce DMU rules upon you both (which I assumed from your actions, you had not read). Because of your relationship with SpudSkywalker, I decided to go relatively easy on you originally, only giving you a 10 min ban, below what I maybe should have for the way you had spoken to me and the rule you had broken.

However during the jail sentence and for the 20 minutes that followed you proceeded to be rude to both myself and Spud. You abused chat rules, tested our warning system and also continued to grief SpudSkywalkers home. From his response I could see he was fed up and he asked me to resolve the situation, I then muted you. You proceeded to spam your TARDIS around the house, an operation that can be known to cause localised lag. At this point I'd had enough, I had been lenient enough with you up to then and was considering a longer punishment. If you had not have been so rude I would have considered lifting your ban, however due to your behaviour both towards myself, other staff members and the rest of the community, I will not be unbanning you today.

Your penalization will be complete in under 24 hours.