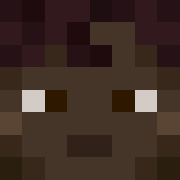 This is my second attempt at being unbanned.

Reason: was using a hacked client.

I am terribly sorry about this but as I said in my previous post I was on an anarchy server similar to 2b2t and I had a hacked client installed when I turned my PC off I came back the next day completely forgetting I had the client installed and tried getting on the dmu server,

I understand in the rules it says “no hacked clients” and I understand that but I forgot I had it installed,

(also all the hacks were turned off anyway) i understand my “excuse” is still not valid and it’s rubbish but I didn’t even manage to get on the server, I was still logging in and popped up “perm banned”. I understand I really messed up but I love the dmu server and the players (I’ve also become friends with a few staff before I was banned) but I would really like to be able to play on the server again to be part of the community.

Hello Bigb, it has been enough time since your last appeal
and I am happy to say you have been accepted.
I will pardon you now.
~Olly {DMU Admin}