So after using the Dalek Mod guns I have had several suggestions.

An M16 has 3 types of fire that you can switch through with the press of a button: Semi Automatic, Fully Automatic, and 3 round burst

Another idea is that you can Aim down sights for fighting enemies at a long range.

same sights and recoil climb when shooting at full auto.

Lots of damage at close range with steady damage drop off

Daleks and their Guns

Daleks rate of fire is much slower and they warn you with an Exterminate when they are about to shoot and they also have a slower turn rate as in the show they have a slow turn. But they will do a one shot kill and that will apply to the gunstick and you get the skeleton death animation but they still shoot very slowly and yell exterminate when about to shoot. Another thing that i think could be cool is that if you take a dalek down to half health  and then use your sonic screwdriver on them then the dalek shell will open up and you kill the mutant inside you can then enter the dalek suit and ride around in it use the dalek gun and daleks will not attack you but iron golems and other mobs that hate daleks will then attack you. 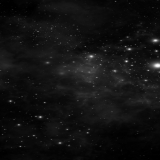 I completely agree with everything you've just said. We need a Weapons overhaul. Also, get rid of Rosalina's Wand.