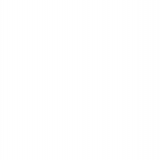 I've played the dalek mod for about a year, especially the DMU, But, after a while, it just gets boring

Now i know making the server harder isn't everyone's cup o', but, hear me out:

if these things got removed, seeing a Gigantic building or base would be 10x cooler knowing that if they died, they loosed all their stuff

but right now, anyone could make one,  because they could just /back if they died and boom, it never happend

now obviously, the problem with this would be PVP and griefing: dying to a player would be worse, and the PVP arena would be too dangerous, BUT !

i got a fix for both of these:

For PVP arena : Maybe a plugin that activates keepinv when you're in the arena could fix that

If these changes were to be added, the DMU would gain a lot of value, and finnaly give people with hard-to-get stuff f l e x material