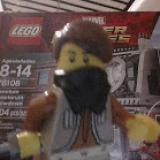 Suggestion(s): I have a few suggestions: First: It would be cool to have a space dimension, where you can be in and fly around. It will have no gravity, and you can easily fly off. if you fly off by jumping off, depending on the direction you're going in you will go on that planet or just die.

Another idea is that that there would be big entities or planets in one space dimension that if you fly off into, you would be teleported to that planet accordingly. it would stay in one place, each one very far apart, and have orbiting rocks. you could also go the extra measure and add the sun where if you hit it you would die.

Second: I would be cool to see that on gallifrey there were different animals that would spawn. You could maybe add custom mobs, or (that I preferrred) another way is that there would be normal mobs, but they can regenerate.

I've also thought about how there is only one building or city on gallifrey: the citadel. ANd time lords don't even spawn in it. they spawn just all over the place. SO my suggestion is that you add gallifreyan villages with normal people called gallifreyans, and then in the citadel there would have time lords and and they would spawn in specific places.

A fun thing I would like to see is that the timelords changed looks when regenerating. It would make them be a bit more realistic. Also it would be fun to have different characters n it to, like rassilion and also that under the citadel was the temple in which the doctor and clara been to in the episode "Hell Bent".

Third: I thought maybe there would be an aspect of the game where there would be "distress calls". What I mean is that you would be able to have a distress call reciever where you could click and you could access a menu. The menu would be a bitlike in the legends mod where under "Distress calls" you would be able to click on different options for missions. When you click on them, it would send youinto different places with you're tardis, and then it would be like a map, and you would have to do something and save the place according to the npcs. My list of missions:
1. kerblam
2. world and enough time kind of thing.
3. Nestene
Fourth. My most important one is this: that you add time zones.
How it will work is that  you could travel to different planets, but also to different time periods.
For example: you could select gallifrey, and there would be  three times you could visit. 1: the regular gallifrey, 2: when there was the time war and 3: when it was bombed
So how it would be is that planets would have different periods in time according to the show.
Thank you :)

I can confirm that John and I like the idea of a space dimension :)