Good news the 2 people who read my articles! Ive got my account fixed so I'm back on the wotw server.  Most people consider themselves one of two things in Minecraft: builders and reds toners. I consider myself an adventurer. With translates to good at neither but very good at getting lost in a fun way. So I decided to leave my home and look for something cool. And let me tell you I wasn't expecting it to take so long.

I soon realised that near my house (the heat rays house to be more accurate) was a village. However it had already been plundered. And where there is plunder there are plunderers, so the first order of business was finding my neighbours, and find them I did- in a near by forever alumni biome I found a looter tower with according to a sign outside the door belonged to admin wyldog. Now wyldog has the power to ban people, he is a god on this server who could smite anyone who stepped out of line. So naturally I broke into his house and looked around. No offence but it wasn't as good as I hoped. But it did have one thing I loved. One thing that would take me on adventure 2 hours long. The very thing that would make me cross deserts, Forests and plains:

Purple carpet. I didn't want purple carpet though. I wanted blue carpet. And blue carpet is blue. And blue means blue dye. And that means cornflowers. No I'm not going to spend 15 minutes looking for lapis. Im not ready for the mines. Its time for sigma's latest pointless quest:
Sigma and the quest for cornflowers.

Have you ever wondered about cornflowers. How they are so often overlooked in the wider Minecraft community. Living in the shadow of the other blue flowers. But now I needed them. So armoured with 63 berries half a stack of gravel and a stone pick axe I made off in my search. The first thing I found was path of looted structures, dig sites, nether portals, ship wrecks. But no cornflowers. That direction took my nowhere so I turned in another direction, crossing an ocean in search of my awesome corn flowers. Through night and day I search. Didn't help that at the time I was in a desert. But that desert lead to a savannah, and in the savannah a village and in the village lay something I was not expecting. Blue and round. It made me feel pure joy. But not my cornflowers. Just some shiny light blue rocks I dumped in my pocket.

Then I left the town and continued my search, traversing mountains and desert hills i was suddenly attacked by a beam of heat, ripping the sand into blocks and flame. I ran as fast as I could, with wasn't fast but I evaded it. Was this a martini machine? A furious fighting machine? A futuristic flying machine? Nay it was a big needle on a tin pot. A Martian pod.  That means loot. Probably not cornflowers but it may hold some treasures for the taking.

And so with speed to rival that of the average human I dodged and weaved my way under the pod, stealing all it contained. Gold, iron, armour all mine! But it wasn't enough.
It would never be enough. Not whilst my cornflowers waited for the picking. But then I came out the pod and saw a desert village, and next to it, half buried was a pyramid. I immediately ran to it. I came I saw I conquered. Taking everything worth taking. It also helped I had a shulker box from the pod. But then night fell, and I was soon surrounded.

Kamikaze machines slowed me and a flying machine searched the town for any villager who dare show his face at night.  I was soon beaten to 5 hearts and was low on food, I saw a tripod on the nearby cliff, it shot down on the village- the scar of the heat ray following me as I ran towards the pyramid. I tried and tried to punch into it but I was under constant attack. Soon I was slammed by a stupid scalping machine. And I was back at my house.

It took me a while to travel all the way back. On the way I found a generated structure I had never seen before. It was like a graveyard crossed with a maze. And it had a massive hole in the middle. Likely a trap sprung by a fellow adventurer. Their death left the chest unlooted. Soon I added its contents to my collection.  But soon I was back at the pyramid, armour with an iron pick I broke in and stole the treasure. Two shiny golden apples and diamond horse armour. Yet still after so long I didnt have a single cornflower to my name. I travelled further and found a plains biome. it was empty and sad except for a nether portal I promptly looted, but as I did I was suddenly attacked by a flying machine. Low on health I headed to the ocean where I found some ocean ruining. On land.

But as I took from them I was attacked from behind by a fellow looter. It beat me with a stick an in my state of surprise panic and being low on health I was beaten. Once again I was back at my home. It had been 2 hours of mindless wandering. 2 hours. I had probably passed loads of cornflowers and just not seen them. I would have to check the other- there are cornflowers just outside the forest where I live. Oh. No surely- what. You got to be kidding me.

And that Is how I got blue carpet. It was a long mostly boring adventure that was almost entirely unnecessary. But hay it was the only thing nitrating happening on the wotw server other than fish murders. 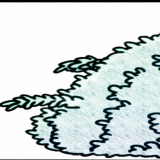 Does breaking into Wyldog's home make my carpet expire  ----> NO 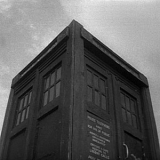 It happens to me too when i have to get green dye for my bed xD, i like this new series, you are my new Indiana Jones until the 5th movie come out. Sigma Jones