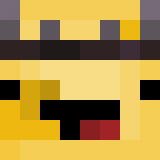 Why you were banned: Ban Evasion and griefing.

What were you doing last on the server: In my TARDIS and my friend finding a bunch of stuff and putting it in my TARDIS.

Also I shouldn't of been perm banned in the first place because my friend stole and gave it to me and he got banned at MY HOUSE so it looked like he was an alt of mine and my brother logged on and got banned because he was on the same WIFI network.

But even tho my friend did it, I was still involved with the situation and take responsibility.

Hello. When writing an appeal, using the excuse "my friend/brother/pet" did it means we don't want to accept it. Also, it has been one year, not two. However, a lot has happened since, so I'm willing to give you a chance. Any use of alts, griefing or breaking rules will likely result in the perm ban being reinstated.